IN FULL FLOW THERE’S NOT MUCH ON EARTH THAT CAN BEAT THE SHEER DRAMA OF VICTORIA FALLS – TAKE A SCENIC FLIGHT TO APPRECIATE THE SCALE.

With the magnificent Victoria Falls officially recognized in The World Heritage List; David Livingstone, the Scottish missionary and explorer, is believed to have been the first European to view Victoria Falls on 16 November 1855 from what is now known as Livingstone Island.

once home to San Bushmen, is now home for some of Africa’s largest herds of elephant: you can watch the breeding herds as they play together, walk together, refresh at the waterhole and see the huge bulls as they stand on their hind legs and pull down branches and leaves to munch on.

It also contains some of the highest concentrations of birds on the planet.

Mana Pools National Park attracts hundreds of animals and is one of the very best game-viewing destinations in Africa. The park, bursting with wildlife, sits on the banks of the mighty Zambezi River, making it great for not only game-viewing but water activities too. Combine game drives and bush walks with relaxing boat cruises, canoeing safaris and fishing trips for the perfect safari holiday.

Hidden like a treasure in Zimbabwe’s Victoria Falls National Park, lies “the grand old lady of the falls”, better known as the Victoria Falls Hotel. Built in 1904, the 5-star hotel is a majestic combination of Edwardian architecture and African influences.

Dream holidays here are significantly affected by the changing seasons. The best times to visit are in the long dry season from April to the beginning of November. During these months the weather can be some of the most pleasant in the world with long sunny dry days and crisp cool nights.  Hwange’s plains game and 25,000 elephants gather in increasingly large herds as seasonal waterholes dry out and cats and smaller creatures become easier to see as vegetation becomes more sparse. Walking through the wilderness is a delight at this time, as is canoeing the mighty Zambezi which is often lined with wildlife of all kinds and abundant birds.

Nearly all of the country’s rain falls between November and the end of March. During these months the enormous elephant and plains game herds in Hwange disperse due to the abundance of groundwater, and in the World Heritage Site of Mana Pools, it become difficult in the sticky “cotton soil”.  Victoria Falls is also seasonal and at its fullest between February and June. At other times of year the falls are still spectacular and you can see parts of the rock formations behind the cataracts. The wide range of activities at Victoria Falls are possible at most times of year.

Make sure you call us at an early stage so that we can design an itinerary that is perfectly matched to the time of year that you want to travel.

We will usually arrange your travel within the country by air using the efficient network of light aircraft to take you quickly and conveniently between remote regions.

It has a wide variety of spectacular scenery including open savannah plains of Hwange, beautiful Mana Pools beside the wide Lower Zambezi, the unique landscape of Lake Kariba fringed by semi submerged trees and of course Victoria Falls. The country also has a fascinating history which can be experienced in Bulawayo and Great Zimbabwe, famous for its mysterious ruins.

The guides are recognized as the finest in Africa owing to the unique apprenticeship and training system that has been in operation for over 30 years. It has a number of superb small camps and lodges from which you can explore the area by open vehicle, walking, boating and canoeing.  From Victoria Falls you can enjoy adventure activities such as rafting, micro lighting, elephant back rides and tiger fishing. From here you can easily visit Botswana and South Africa as well as Mozambique for a beach holiday. 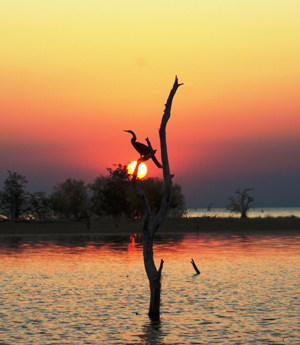 Also known as Mosioa-Tunya (the smoke that thunders), Victoria Falls is an immense water fall that sends nearly 2,000 cubic meters of water plummeting over 5,000 feet every second, creating an almighty roar, a bright white cloud of spray, strong vibrations through your feet and, of course, an unforgettable sight. There are endless unique activities at the falls, from white water rafting, bungee jumping and taking microlight flights that soar above the spray to taking laidback sundowner cruises in the calm areas of the river and elephant rides.

This website uses cookies to improve your experience while you navigate through the website. Out of these, the cookies that are categorized as necessary are stored on your browser as they are essential for the working of basic functionalities of the website. We also use third-party cookies that help us analyze and understand how you use this website. These cookies will be stored in your browser only with your consent. You also have the option to opt-out of these cookies. But opting out of some of these cookies may affect your browsing experience.
Necessary Always Enabled
Necessary cookies are absolutely essential for the website to function properly. This category only includes cookies that ensures basic functionalities and security features of the website. These cookies do not store any personal information.
Non-necessary
Any cookies that may not be particularly necessary for the website to function and is used specifically to collect user personal data via analytics, ads, other embedded contents are termed as non-necessary cookies. It is mandatory to procure user consent prior to running these cookies on your website.
SAVE & ACCEPT